June leads the rise of online purchases, with an increase of 10.2%

Cyprus Airways ‘overflies’ the other Cypriot eshops, with 11.1%

The results of the second quarter of 2014 of the subscription tool for measuring and analyzing online shopping in Cyprus - the I Report – were announced today by Evresis Research and Interactive Marketing Services Company, ImarComms. 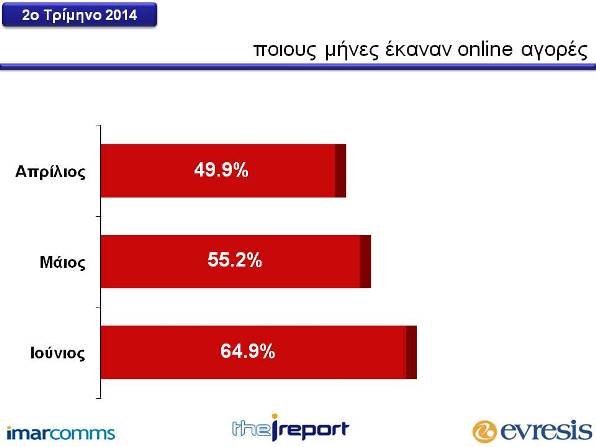 The overall online purchases recorded an increase of 1.4% in comparison to the previous quarter, reaching 34.2%. Compared with the second quarter of 2013 the increase was 1.6%. 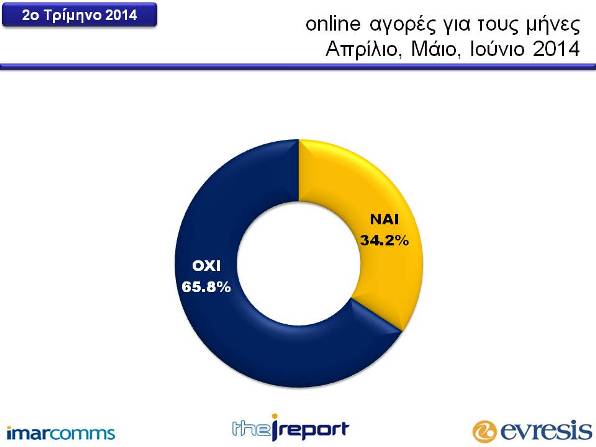 The I Report recorded that the 12% of all online purchases of the second quarter of 2014 were conducted via Tablet, 22.6% were made from a mobile phone and the 85.8% from a computer. 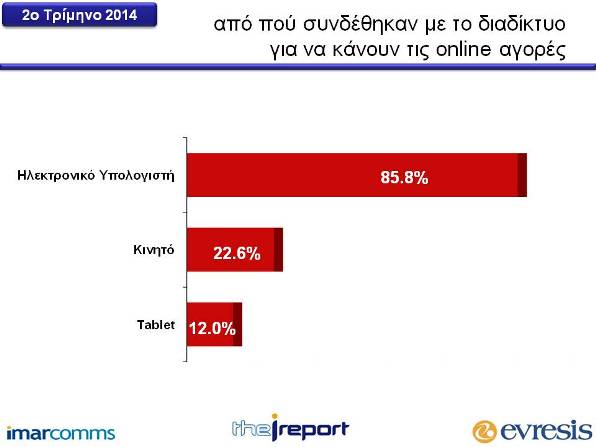 "The findings of the second quarter of 2014 showed a substantial rise of the online shopping compared not only to the corresponding period of 2013 but also to the previous quarter, refraining slightly from the highest levels of all times." said Nicholas Nicholaou, Director of Evresis.

Concerning the websites and online shops from where the purchases were made, the I Report recorded Ebay remaining constantly first with 59.9% and a slight increase of 0.2%. As second followed Amazon with 22.3% and an increase of 2.9% and as third Asos with 16.7% and a rise of 1.6%.

"The second quarter of 2014 showed an enhancement of the purchasing power and confidence in the online purchases, especially in the sector of ‘Summer Holidays’ with ‘Hotels’ being the most obvious category, where alternatively most Cypriots end up." said Pericles Ellinas, CEO of ImarComms.