July recorded the highest online purchases of the quarter

Increase was recorded in the Categories ‘Cosmetics’ and ‘Footwear’

The Categories ‘Travels’ and ‘Flight Tickets’ recorded a decrease

The results of the third quarter of 2014 of the subscription tool for measuring and analyzing online shopping in Cyprus - The I Report – were announced today by Evresis Research and Interactive Marketing Services Company, ImarComms.

The I Report tracked the online consumer behavior of the Cypriot consumer for the third quarter of 2014 with July recording the highest buying traffic with 58.4% and an increase of 6.1% from the corresponding quarter of 2013. The remaining months followed a slightly opposite course with August recording 47.0% and a decrease of 1.3% and September recording 42.5% and a reduction of 0.7%. 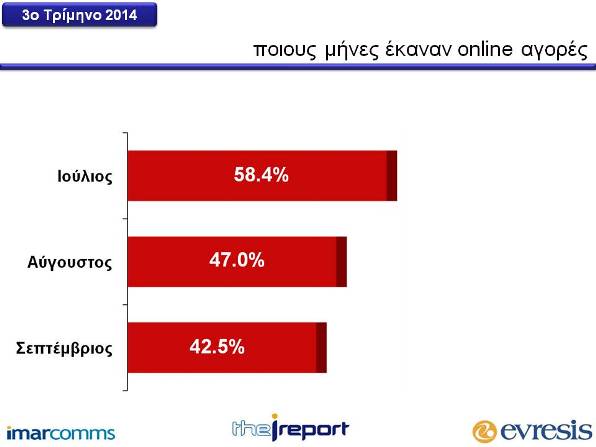 The overall online purchases recorded a decrease of 1.2% in comparison to the previous quarter, reaching 33%. Compared with the third quarter of 2013 there was a marginal increase of 0.1%. 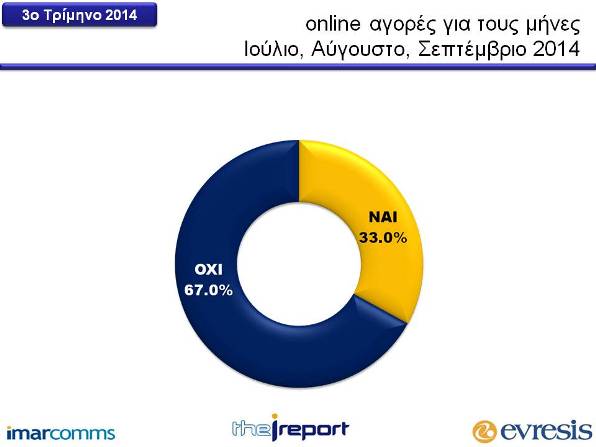 The I Report recorded that 14.2% of all online purchases of the third quarter of 2014 were made from Tablet, 24.4% were conducted from mobile phones and 82.4% via computer. 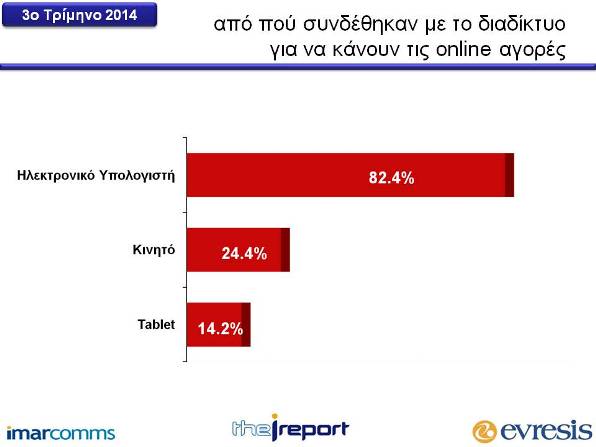 "The findings of the third quarter of 2014 showed that the online purchases recorded a steady course with an interesting change in Consumer behavior, where a significant proportion of purchases were made at the beginning of the quarter in July, so that the increase did not continue in the following months", said Nicholas Nicholaou, Director of Evresis

From the Cypriot e-shops, Cyprus Airways rose to 10.5% and Pixmania to 2.5%. Also from the remaining online shops, I Report recorded among the Top Ten amongst others - Ryan Air with 9.1%, Hotels.com with 7.6%, Booking.com with 6.2% and Feelunique.com with 5.9%.

"Although the third quarter of 2014 has not shown an important increase in online purchases, it confirmed the change in the preferences of goods and services with significant reduction in the Category ‘Travel Packages’ and ‘Flight Tickets’, whilst a significant increase was recorded in the Categories ‘Footwear’ and ‘Cosmetics’", said Pericles Ellinas, CEO of ImarComms. 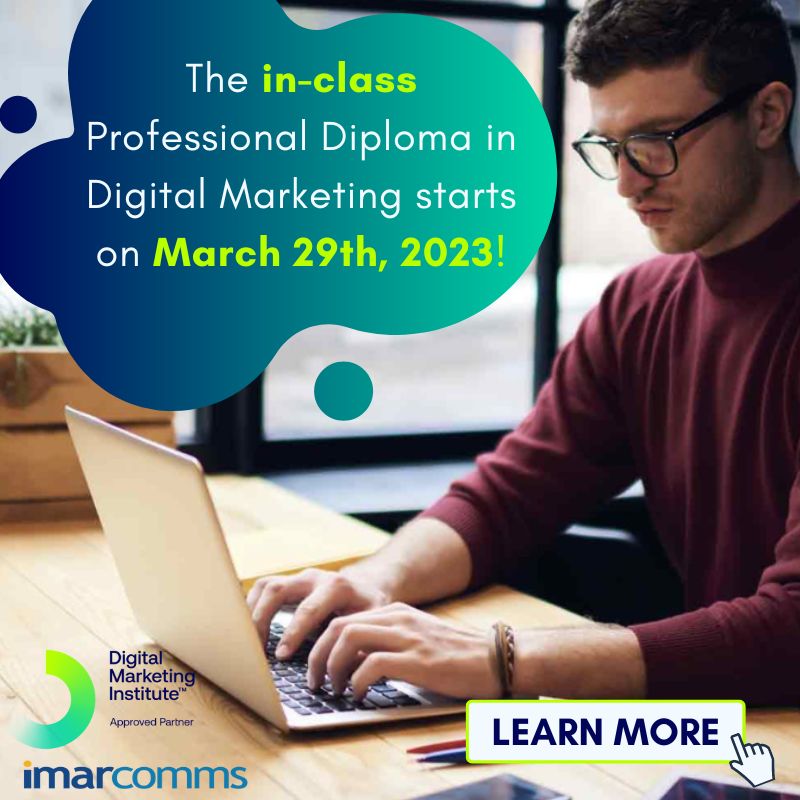